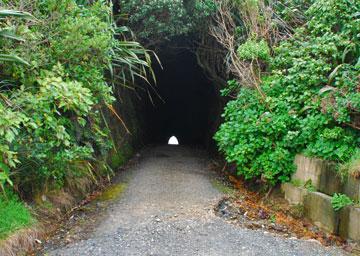 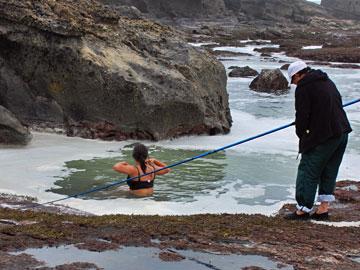 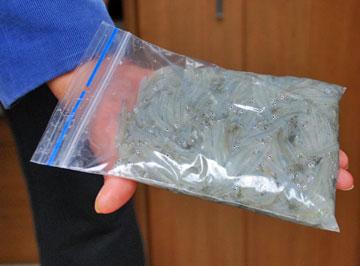 A very nice feed of whitebait 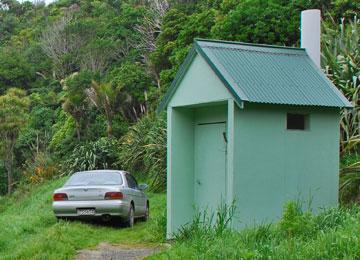 Public toilet next to the carpark

There's is a small parking area for accessing the rugged Waikawau Beach through a man-made tunnel carved through sandstone. You can park overnight in a self-contained van

We arrived on an overcast and windy October afternoon, and were surprised to see a number of cars in the carpark in such an isolated location.Some were enthusiastic whitebaiters who were staying over the whitebait season. We were lucky enough to be offered a dinner-sized packet just before it was packed away in the freezer!

This is the only part of the 60km coastline between Marokopa and Awakino that is accessible to the public, thanks to the tunnel through to the beach. This was dug out 1911 by three men using just picks and shovels. They did it for driving cattle up the beach and out to the road. Today it is only used by people for accessing the beach.

The beach is typical of the wild west coast - with dark sand and scattered rocks. There are some faces carved into the sandstone cliffs that act as ominous guardians of the coast.

In spite of the weather, there were people swimming in natural waterholes formed by the surf. It is a place that has its own unique charm. The whitebaiters were friendly and the beach would be a great place to chill out. You could try your hand at netting whitebait if you have a net.

There is a public toilet beside the carpark. 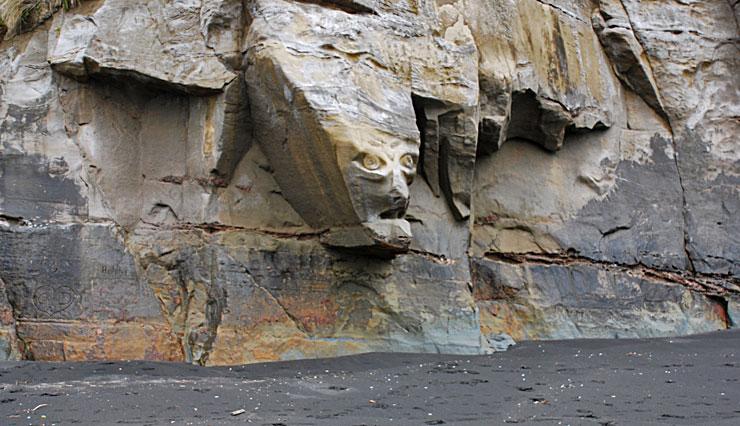