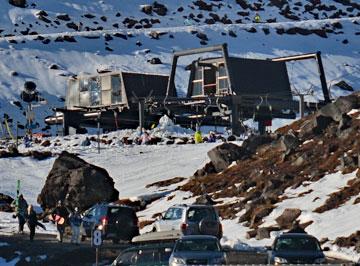 Ski lifts operating at the end of the winter season

The Turoa Ski Field is on the slopes of Mt Ruapehu and accessed from Ohakune. It is a popular base for skiing and snow-boarding.

We took the opportunity to drive up on a sunny afternoon near the end of winter. There was a constant stream of traffic in both direction up the Ohakune Mountain Road, which was sealed all the way. However, there is the potential for the road to become icy at the high altitude, when it wouldn't be suitable for front-wheel drive motorhomes.

If you're a skiing enthusiast, staying at the Mangawhero DOC campsite, and driving up in a car for a day's skying would be the best option.

On a clear day, the view of snow-covered Mount Ruapehu is just stunning! 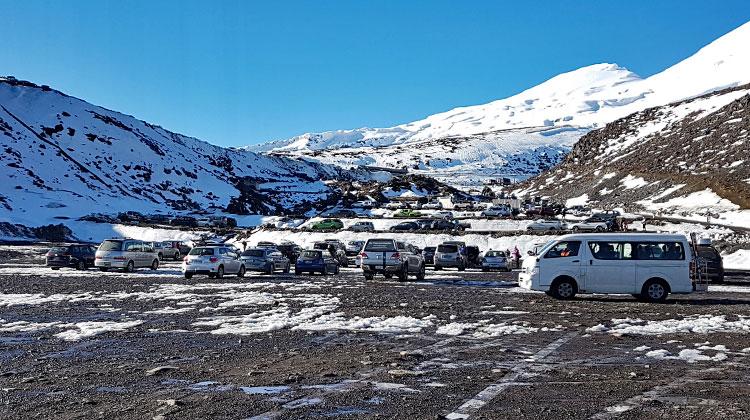 Parking in the lower carpark at the Turoa ski field 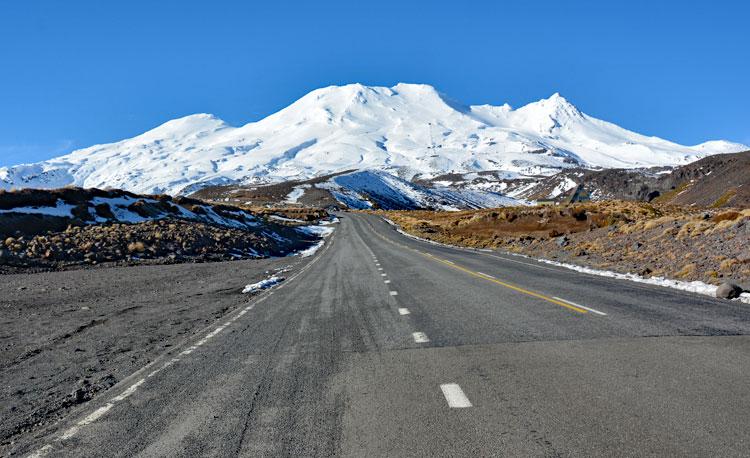