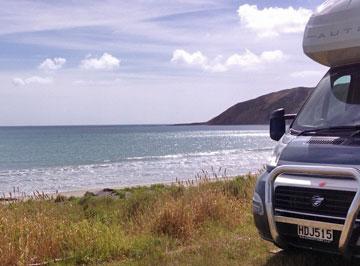 Parked on the beachfront - Nett and Les 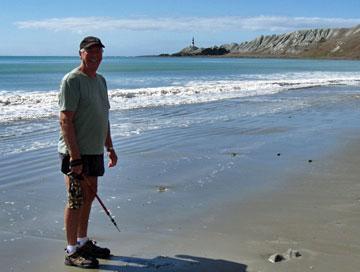 Les on the beach walk, with the lighthouse in the distance - by Nett and Les 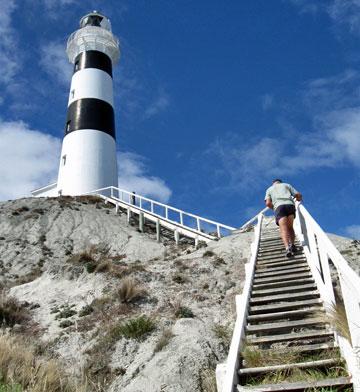 Walking up the steps to the lighthouse - Nett and Les

Marfells Beach Reserve is a standard DOC campsite in a really nice beach location at the most easterly point in the South Island. You can see Wellington across the Cook Straight.

Parking is on grass right along the beach front, with plenty of room for larger vans.

Following on from Doc and Robyn's comments below, Nett and Les have contributed their pictures, taken in March, when they did the hour and a half walk at low tide to the lighthouse. They took some water and fruit with them for lunch, and climbed up the stairs to the base of the lighthouse to to enjoy a lunch with a magnificent view.

They got back to the campsite in good time before the tide cut off access, and in time for a well earned cold beer!

Great to get this feedback as we didn't even know about the lighthouse when we visited. It's not viisible from the campsite, as you have to walk around the head to the next bay to see it in the distance. 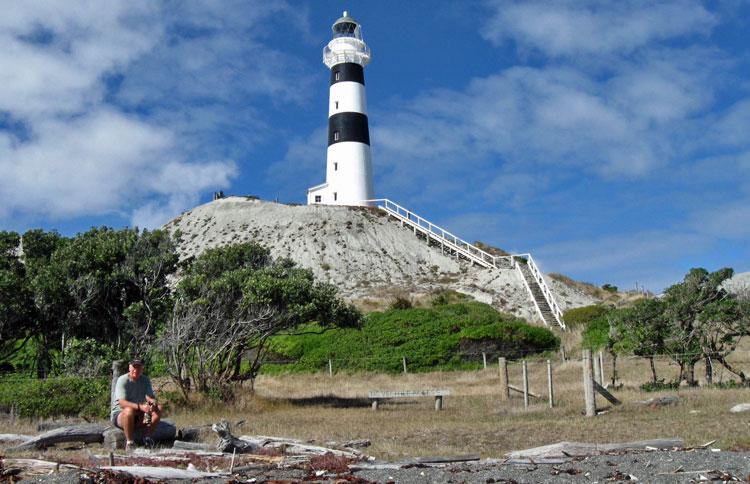